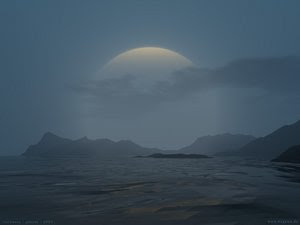 Wow... this month is flying by(: Will today is the first day of the CSFF blog tour on a book called Blaggard’s Moon by George Bryan Polivka. Today my post is going to be pretty long... sorry, unfortunately I can only post one day, not three days like I would like to... I have a very busy, crazy week ahead of me. First I would like to share a little info of Mr. Polivka. This guy has done a lot of neat things in his life. Then I will give you my review and last will be a little about his other books... enjoy.

About the author~
George Bryan Polivka was raised in the Chicago area, attended Bible college in Alabama, then traveled across the seas to Europe where he studied under Francis Schaeffer at L'Abri Fellowship in Switzerland. He then returned to Alabama where he enrolled at Birmingham-Southern College as an English major.

While still in school, Bryan married Jeri, whom he met his freshman year in college, and now his wife of over 25 years. He also was offered a highly coveted internship at a local television station which led him to his first career as an award-winning television producer.

In 1986, Bryan won an Emmy for writing his documentary, "A Hard Road to Glory," which detailed the difficult path African Americans traveled to achieve recognition through athletic success during times of racial prejudice and oppression.

Bryan and his family eventually moved to the Baltimore area where he worked with Sylvan Learning Systems, (now Laureate Education). In 2001 Bryan was honored by the U.S. Distance Learning Association for the most significant achievement by an individual in corporate e-Learning. Bryan is currently responsible for developing and delivering new programs for Laureate's online higher education division.

Bryan and Jeri live near Baltimore with their two teenage children, Jake and Aime.

A Note from the author…

I am one soldier in a great army of many, many thousands who have been enchanted and changed by the works of C.S. Lewis and J.R.R. Tolkien. When I first ventured into Middle Earth, the outcome of the battle between good and evil, between creation and destruction within my own soul was far from certain. In a very real way the eternal loyalties of my heart were forged in Narnia. It is therefore my sincerest prayer that you will find your journey into the Kingdom of Nearing Vast worthy, if only in some small measure, of so rich a heritage, and so complete a victory. 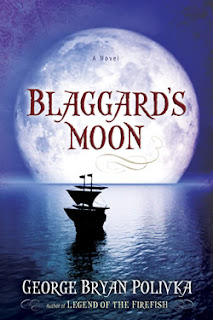 “This is the story of the great battle between the pirates of the world and the band of merciless men who would purge us from the seas, and make the name Hell’s Gatemen a source of terror to us all.”
Thus begins the tale of love and war told by Ham Drumbone, a pirate storyteller with a gift for dramatic detail. It is recalled by Smith Delaney as he awaits a gruesome death at the hands of ancient beasts called mermonkeys, eager to devour his bones. In the process of remembering, this simple pirate ponders in his always-earnest and often-whimsical way the mysteries of true hearts wronged, noble love gone awry, dark deeds done for the sake of gold, and the sacrifices made for love. For Ham's story is about Damrick Fellows, the great pirate hunter, who works his way ever closer to the great pirate king Conch Imbry, only to find his focus blurred by his love for the pirate's woman, Jenta Stillmithers. By the time the tale ends, Delaney must come face-to-face with himself, with his choices, with the power of love, and with a God who promises him both a hell richly earned and a grace given where none is deserved.

Check out this awesome book trailer for Blaggard's Moon. I love it it when books have these(:

My view on Blaggard’s Moon~
Ok... I must admit I had a hard time getting into Blaggard’s Moon, perhaps it was because I didn’t read the Trophy Chase Trilogy or maybe it was that I have been really busy and haven’t been in the “mood” to read. All in all I thought Blaggard’s Moon, was OK. I would recommend it to boys and girls young adult to adult. The cover of the book I thought was pretty cool... the big beautiful moon drew me to it and the little info on the back sounded great. George Bryan Polivka did a wonderful job on his main character Smith Delaney... you really grow to love him. Blaggard’s Moon truly ends great...I hate it when books end poorly. Blaggards’ Moon did not, at least I personally thought so. The neatest thing I thought about Blaggard’s Moon was that it was the beginning of a series called the Trophy Chase Trilogy where you could find out what happens next to Mr. Polivkas great character Smith Delaney and you don’t have to wait for this trilogy, because the whole... yes the whole trilogy is availably on amazon and wherever books are sold. How cool is that? 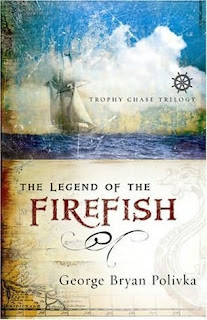 The Legend of the Firefish
Now in its second printing
In this timeless tale of the pursuit of faith and honor, Packer Throme longs to bring prosperity back to his decaying fishing village by discovering the trade secrets of a notorious pirate who hunts the legendary Firefish for its rare meat. Armed with the love of a priest's daughter, Packer stows away on the great ship, Trophy Chase. But events quickly spin out of control, and he must choose whether, and then how, to confront the evil power he unwittingly unleashes. Packer and Panna find enormous dangers, failures, and triumphs, and their kingdom on the brink of war. 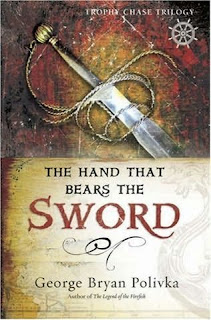 The Hand that Bears the Sword

Now also in its second printing.

The adventure continues as Packer Throme's newfound renown has thrust the young couple into the center of their nation's war effort. Packer and the Trophy Chase set sail for deep waters to try to slow an invasion by the unstoppable armada of the Kingdom of Drammun, while the Firefish stalk from below and pirates chase from behind. At home, Panna must fight the insidious evil that would destroy their homeland from within. Their struggles test them past endurance, but only increase their fame. 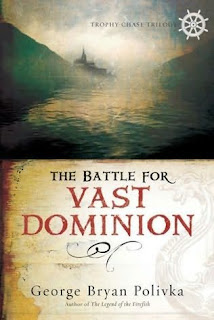 The Battle for Vast Dominion

Just nominated for a Christy award!
The saga concludes as Packer Throme leads his people in war. The simple fisherman's son and the daughter of a village priest now find that a surprising new power has been granted them from above, through Packer's knowledge of the Firefish. As army faces army, and navy faces navy, all are drawn inexorably to the source of all earthly power... the feeding waters of the Firefish. Here the epic struggle for dominion of the world will be settled at last, and the path that Packer has chosen will deliver him to evil. And then...?
Another awesome book trailer by http://www.pulsepointdesign.com/, this time for the Trophy Chase Trilogy.

You can visit George Bryan Polivka’s Web site at - http://www.nearingvast.com/


Now go check out the other crew members Blogs(: 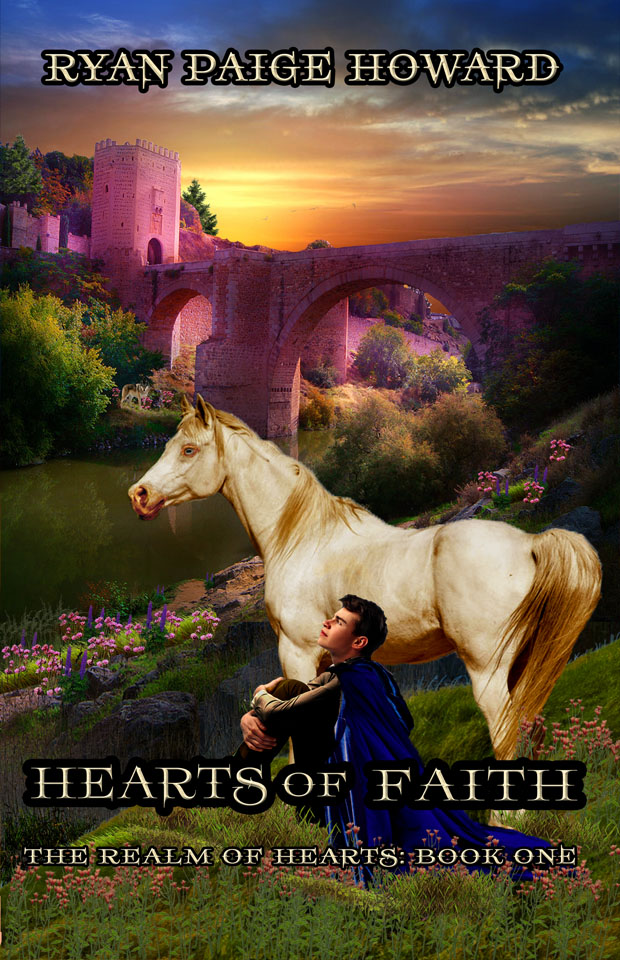 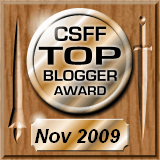